Adventures of Malorn: Runestones and Robots 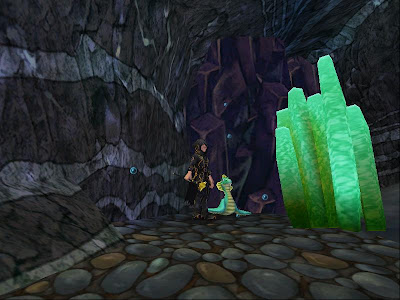 When we last left Malorn, he was sitting in a cave, being terrified by a horrible monster. He ran out of the cave, and into the hills, where he saw some mysterious runestones. As it turns out, the horrible monster wasn't so horrible, and now follows Malorn around everywhere. For most wizards, it would be impossible to get through this cave, but as it turns out, Malorn is a house decorator, and this just happens to be his house. 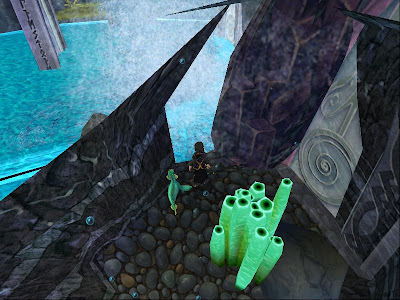 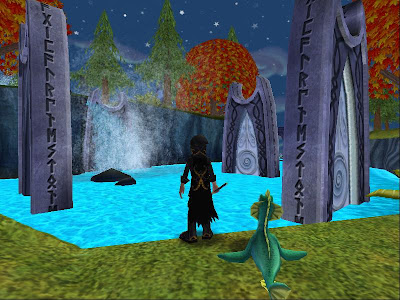 After using his magic to break through the cave, Malorn finds himself in a lake, surrounded by runestones. They seem to be letting off a glow, what could they be used for? 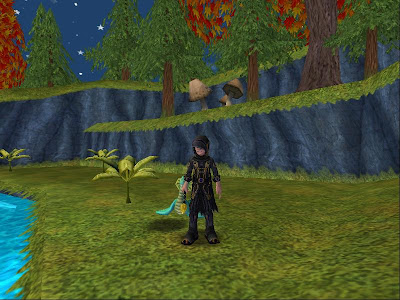 Malorn decides to explore a bit. 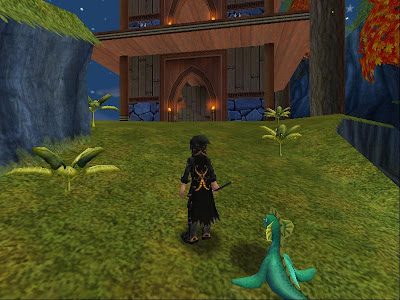 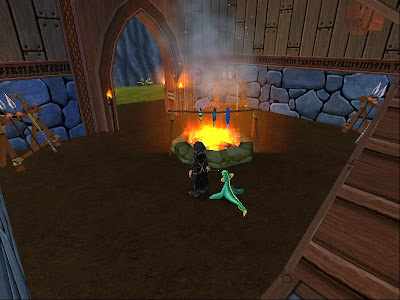 The fortress seems heavily stocked with weapons, as if it's preparing for an attack. Malorn assumes that this fort has been long deserted. (But if it's deserted, who lit the fire?) 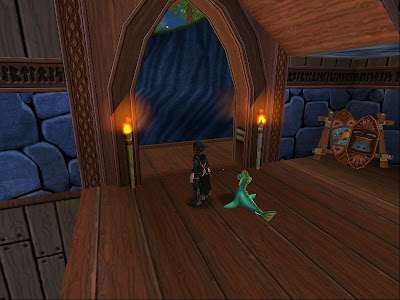 Obviously Malorn didn't think that through, and continues exploring. 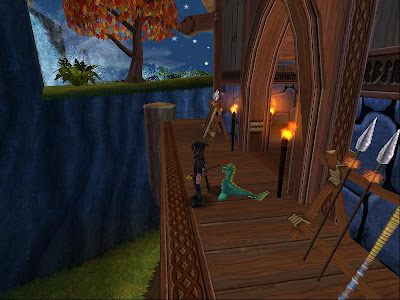 "From here, you can see all of the trading post's land!" Malorn tells Rusty.
Rusty glances at the weapons, and back to the valley again. 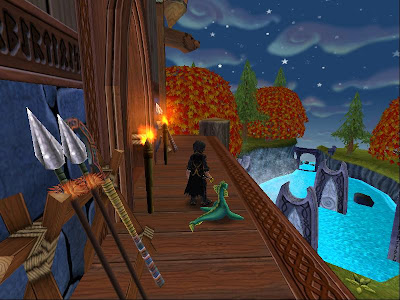 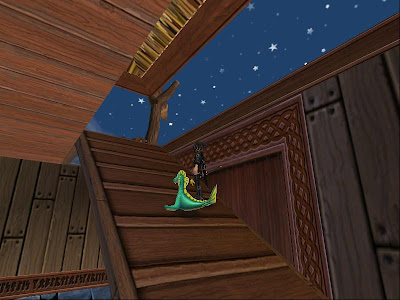 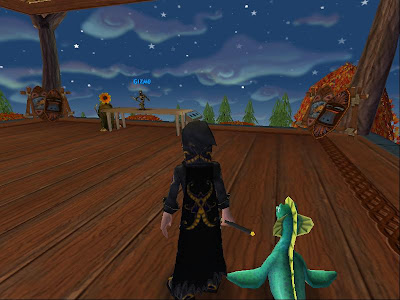 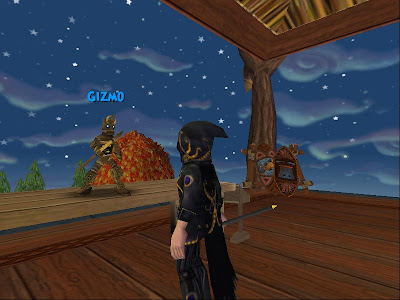 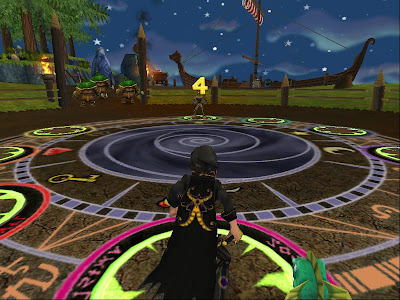 Sure enough, the robot wasn't pleased to see Malorn either, and immediately attacked. 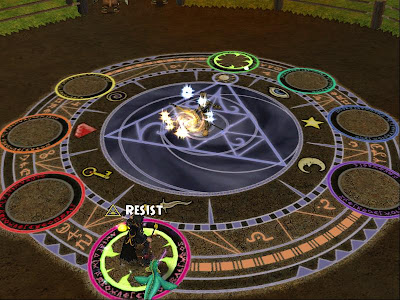 The robot struck quickly, before Malorn was even able to raise his wand. "76 damage?" Malorn laughed. 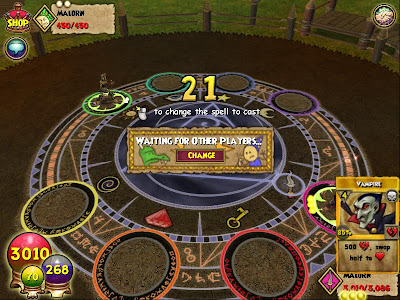 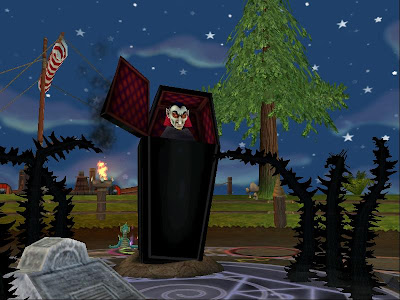 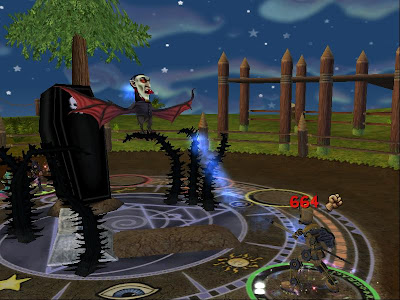 As it turns out, pet robots don't have a lot of health. 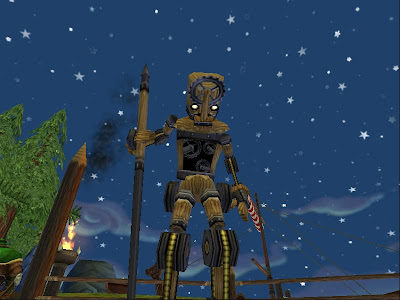 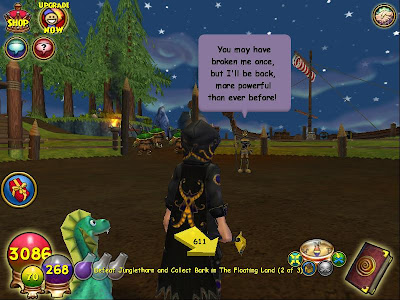 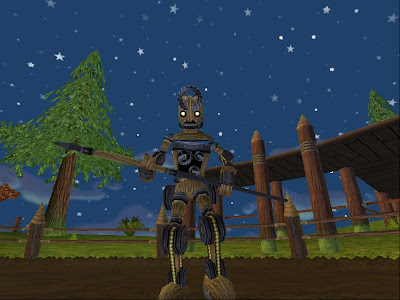 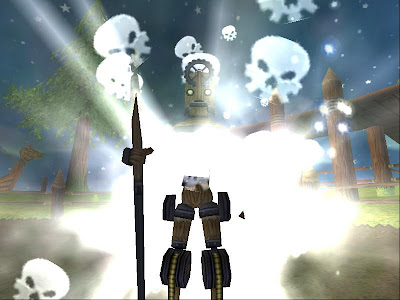 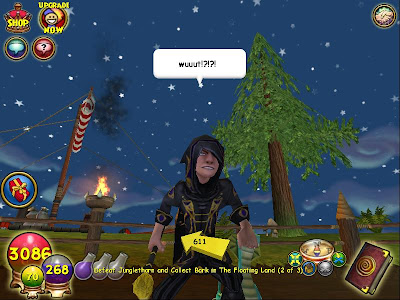 Wuuut indeed. But, at least Malorn was able to save the trading post from the robot and his runestones. Until next time,
Happy House Decorating!
-Malorn
Posted by Malorn Ghostrider at 6:33 AM