Some pics of the Battlefield

Here are some pics of my new house. I've gotten quite a lot of it finished already, but there is still a lot of work to be done. Also, Paige Moonshade has agreed to look at my house and (if she thinks it's good enough) showcase it! I'll post more on that later though. 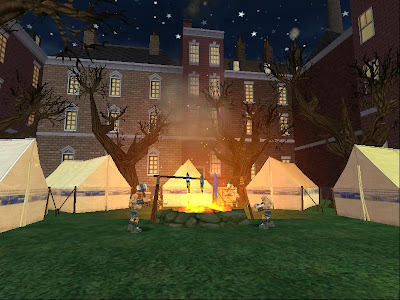 This is the camp, where all of the survivors are. These cyclops won't be here for long though, I am later going to move them to a bridge for some robot fighting. 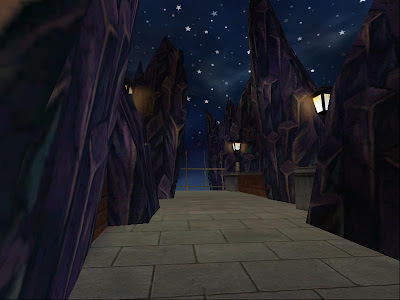 There are two bridges in this house. One (the one closest to the camp) has been blockaded. 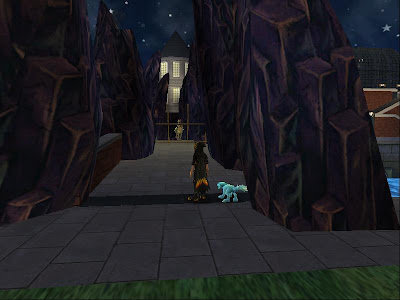 This is the same bridge, from the other angle. 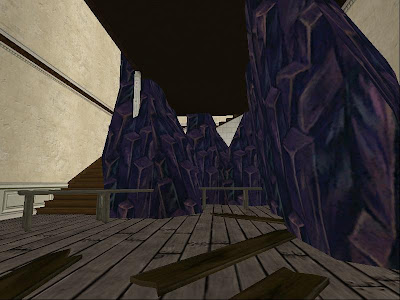 This is the only room inside that I have finished so far. It's actually kind of hard finding wallpaper and furniture that looks destroyed. I wish they made a knocked over chair or table housing item. 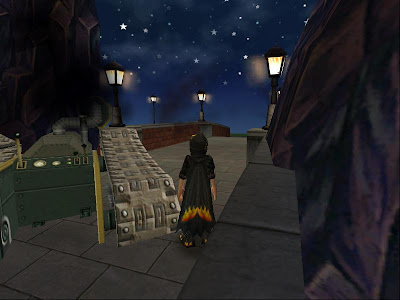 Here is the second bridge. This is the area where the cyclops will be battling, so I put a dueling diego game in the rock to my right. 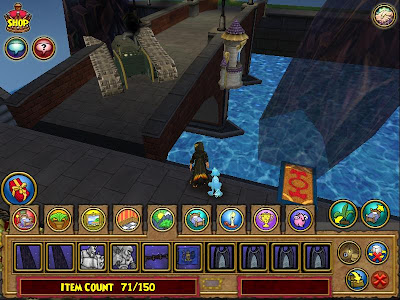 See, there it is! It actually isn't the first time I've done something like this, I used the same trick in the Island as well. 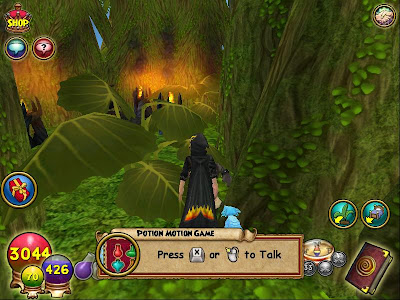 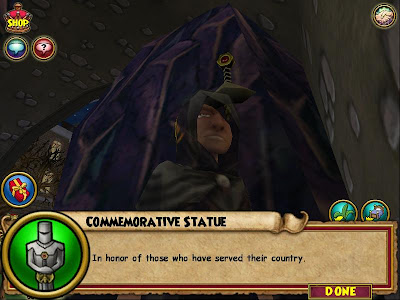 I also put a commemorative statue in a rock near the camp. 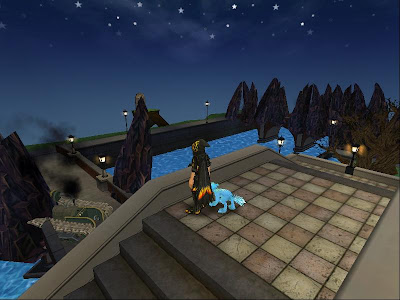 That's all for now, I'll post more pics later.
-Malorn
Posted by Malorn Ghostrider at 6:47 AM